Twinkle, Twinkle, Little Star. How I Wonder If There Are Life Sustaining, Earthlike Planets Orbiting You As We Speak. 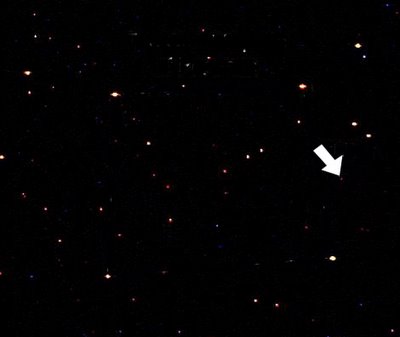 There has been some speculation lately… every few years actually about which of our neighboring stars is most likely to have an “earthlike” planet orbiting it. Perhaps you’ve seen the articles. Though not likely what with Nick and Jessica’s divorce heating up again.
Anyway, I will fill you in on the top 5 (gathered from this article ) and why they don’t/and do matter.

Ah 51 Pegasus, you get another 15 minutes of fame after all. Am I right people. (you can tell I just watched The Colbert Report)

Ok, they don’t matter and here is why. Many of the articles you read/won’t read will talk about how there’s a pretty good chance these stars warm planets with life on them or how these solar systems are just like ours and that stuff is wild speculation. Don’t get me wrong It is all based in fact, but it basically amounts to "this sun is too hot, this sun is too cold, this sun is j-u-s-t r-i-g-h-t" these scientists are salesmen too and getting money to look at stars is a tough business.

The stars they are talking about are 20+ light years away. You need to consider what a light year is... 5,865,696,000,000 miles. Nearly 6 trillion ya get me. Your first thought might be “you couldn’t possibly get a whole lot of useful information about a point in space 120 trillion miles away.” That first thought would be right. But…

eventually some Zefram Cochrane wanna be is gonna design an engine that can travel at immense speeds and maybe while he is at it he will also develop a ship that will protect its passengers from the crushing forces created by those immense speeds (though I tend to doubt it.) But if he does there is gonna be a whole lot of squabbling about where to go first and with this list astronomer Margaret Turnbull is calling her galactic “shotgun!” loud and proud.

Should we choose her destinations when we boldly go? Sure why not, look at her consummate scientific method in a couple of quotes:

“These are places I'd want to live if God were to put our planet around another star," Dr Turnbull said.

And she said of another promising star “It has enough intrinsic luminosity to suggest good prospects for a habitable zone but not so bright as to overwhelm attempts to take images of the planet with telescopes."

So we are looking for life where the lighting is best.

Somebody get me a star chart, a monkey and 5 darts. (that was mean… sorry monkey.)
Posted by Dave Himself at 1:40 AM