"So Close, So Close, Yet So Far Away" 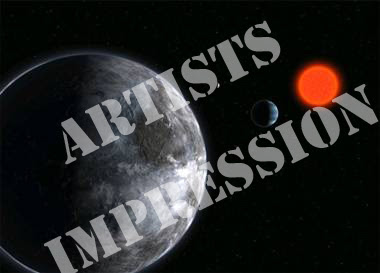 Everybody is so excited about Gliese 581! The headlines say things like... “Scientists find most Earth-like planet yet!”
And they go on to say things like... "this planet will most probably be a very important target of future space missions."

Really? Future space missions? Maybe EXTREMELY distant future space missions. Do the people writing this crap have any notion how far away this planet is? First keep this in mind: so far our record for traveling in space is 1.3 billion miles. (And that's in orbit.) Now look, a light year is about 6 trillion miles. So we are talking about a planet 120 Trillion miles away. A distance I regrettably believe we will never ever come close to traveling. And yet 120 Trillion miles is a laughably short distance to travel and expect to find the incredible combinations of factors that can produce life. Looking to Gliese 581 for life is akin to looking for the holy grail in your pockets.

Don't get me wrong. I say keep looking, keep reaching, dreaming, spending whatever it takes. But I just want to remind everyone that our sun is like a grain of sand on an inconceivably large beach and we haven't made it a mentionable fraction of the distance to even our neighboring grain of sand.

Read about it at World-Science.net
Posted by Dave Himself at 5:40 PM 3 comments: 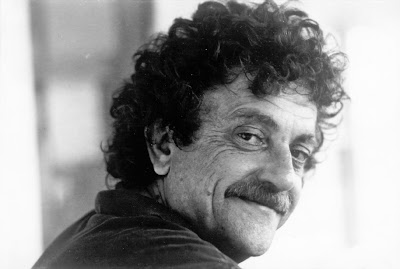 The following is an exerpt from Slaugherhouse 5 by Kurt Vonnegut who has died at age 84. The book is about a guy named Billy Pilgram who has become dissjointed in time and does not experience time linearly as we do. At some point Billy watches a WWII film on the TV in reverse... From end to beginning with this simple yet wonderful description. I had to share it. (again)

When the bombers got back to their base, the steel cylinders were taken from the racks and shipped back to the United States of America, where factories were operating night and day, dismantling the cylinders, separating the dangerous contents into minerals. Touchingly, it was mainly women who did this work. The minerals were then shipped to specialists in remote areas. It was their business to put them into the ground, to hide them cleverly, so they would never hurt anybody ever again.

Writer Kurt Vonnegut dies at 84
Posted by Dave Himself at 2:16 AM 1 comment: