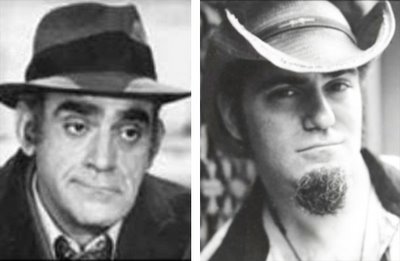 Tomorrow Night. Thursday, December 1st, 2005 my very good friend will be appearing on The Late Show with Conan Obrien. I wish I could say that very good friend was Abe Vigoda but alas it is actually Jack Grace. No offense intended Mr. Grace. I would just rather insult Jack Grace than Sal Tessio. I am sure you understand.

I wont give away the gag. I will just say it will be a bit about Abe and some 2 bit country entertainer at the lighting of the xmass tree at Rockefeller Center. So if you know Jack or love Abe set your Tivo (sorry George, Greg, punk and Rock… ReplayTV.)

It oughta be a real hoot.

UPDATE! Jack Grace has just been replaced by David Cassidy. And so begins my official Partridge Family boycott.
Posted by Dave Himself at 4:52 PM 4 comments:

Learning Morse Code (or Someone Needs A Job) 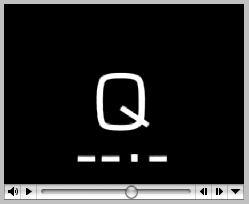 Then I downloaded this MP3 at learnmorsecode.com of the letters A thru Z in Morse tones.

Finally, I felt like a good combination of visual and audio representations of Morse Code were lacking so I created this QuickTime Movie: MorseCodeTutor.mov.

Yes, all to learn Morse Code.

UPDATE: CLICK HERE for an excelent Morse learning device for Windows, Mac, Linux even DOS.
Posted by Dave Himself at 12:38 AM 9 comments: 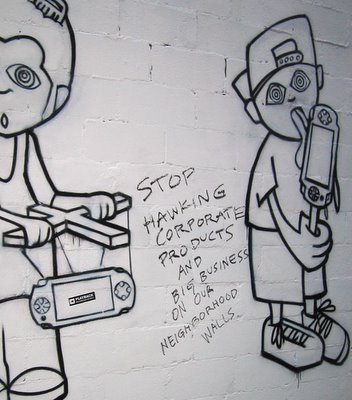 By now many of you have seen the Sony PSP “Street Art” characters around your various cities. They are designed and deployed to look like the art that our beloved, guerilla street artists have been adorning our city with since before Cost and Revs.

My imagination falls short of the ability to conjure up the conversations that lead to decisions like these. “The kids seem to like the PSP, now if there were just a way to remind them of the huge, uncool, corporate entity that created it.”

I guess I just give those fat baldies too much credit. At least the punishment for shitting all over our prized city canvas is built in. They robbed their PSP of “cred” more quickly than soccer moms a assassinated the word “bling.”

It’s like this. Dads, if you are tired of your kids saying “my bad” start saying “my bad.” The little bastards will drop it like Galileo dropped a orange.

To enjoy real street art from the comfort of your own home go to Wooster Collective they break it down... nice.

UPDATE: Philadelphia orders SONY to remove a caricature PSP campaign from the walls of an inner-city neighborhood. Read ther article here.
Posted by Dave Himself at 5:43 PM 7 comments: 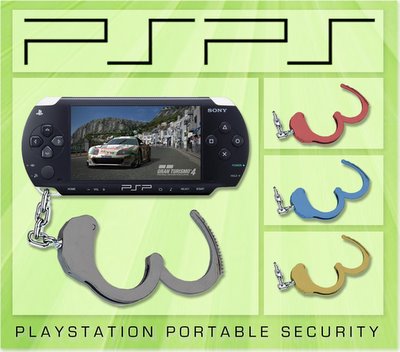 Here is something I would like to see. Not so much to keep people from stealing your PSP right out of your hands (yoink!), but more as a statement. Like “you can have my PSP when you pry it from my cold, dead, carpel tunnel riddled hands.” It would also help solidify the image of the PSP as a fetish object.

Granted you’d have to put some kind of soft cover over the cuff and chain, but that’s easy enough.

Anyway, that is something I would like to see. Get on it!
Posted by Dave Himself at 4:38 PM No comments:

TerrorVision News (Death From Above) 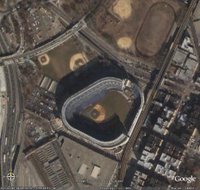 “What if terrorists had a spy satellite that could see our bridges, our chemical plants… even our back yards?
THEY DO!”

That is the teaser for the 10 O’clock News that has been running on The WB (WPIX-TV New York) all day.

I just want to go on record as saying my best guess is WB anchor Peter Thorne plans to expose the evil that is Google Earth
and Google Maps.

Normally I don’t watch television news, but now I have no choice, but to tune in and see just how badly these hacks will terrorize New Yorkers.

That is so weak. When the public falls for crap like this The WB wins.

Complain to The WB here.

Did I mention that when they say "even our back yards" there is a shot of a little girl on a swing.

Update: Told ya so.

Posted by Dave Himself at 4:35 PM No comments:

Web Tip: Bug Me Not 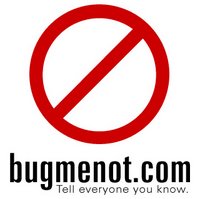 You know when your friend sends you a link to a news story and instead of the link going to the story it asks you to enter your username and password? Of course you don't have either and they are gonna want your email address in return for the privilege.

Well screw that. Just go to bugmenot.com and they will supply you with a username and password. Many of which are pretty damn funny.
Posted by Dave Himself at 12:06 AM 3 comments: 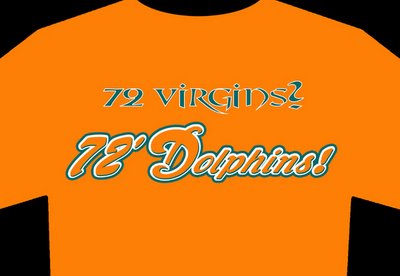 Here's an idea I had. Don't know why this shirt is funny? Well That's what Google is for. Now to insure the post shows up in searches: 72 virgins, 72 dolphins, seventy two virgins, seventy two dolphins and miami.

UPDATE: See comments for explanation of this shirt.
Posted by Dave Himself at 4:56 PM 10 comments: 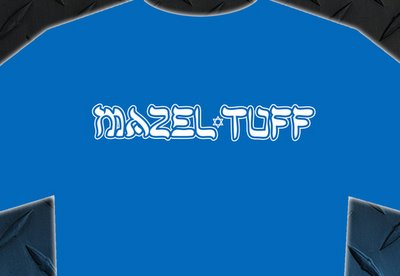 I am pretty sure this was my friend Tom's idea. He was having lunch with two of "the chosen people" (Rock and I) when he blurted it out. I took it and ran with it. I have submitted it to a T-shirt site, but don't tell Tom. If he finds out I will have to split the money with him. And I'd probably have to give some to The Rock as well because (as stated earlier) he is a J-O-O.
Posted by Dave Himself at 1:55 PM 1 comment: 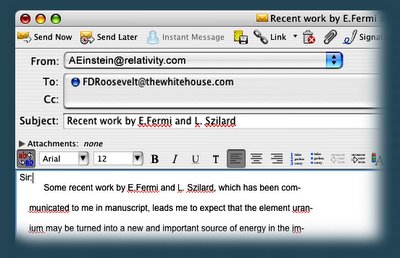 An article at CBC News Points out this interesting fact:

“Albert Einstein and Charles Darwin sent and received thousands of letters during their lives, and their correspondence shows the same pattern of communication as modern-day e-mails, scientists say.”

Imagine what guys like Darwin and Einstein could have accomplished with email. They were sending and receiving mail with a vengeance (a combined total of over 28,000 letters sent) at a time when snail mail was even "snailier" than it is now.

I have heard people say that email has destroyed the art of letter writing and it just ain’t true. Email is the art of letter writing. Granted Ken Burns is gonna be hurting to find long poetic letters to “My dearest Penelope” for his coming documentaries, but information is flowing back and forth in the blink of an eye and that’s cool. Trust me nothing would have made Einstein happier than getting mail at the speed of light.

Read the article
Posted by Dave Himself at 2:32 PM 1 comment:

Burger King Of All Media

What do you think about this? If you read tech blogs you might know that much of their content comes from tips from their readers. Sometimes the reader points out a little known site with a worthy story. Other times they are privy to some insider information that the rest of us are not. Well, big companies are becoming aware of how it all works and they are attempting to use it to their advantage.

This article at slate.com points out a handful of queries about the Burger King King Mask for Halloween. Rather than send a press release to blogs which might run a story that Burger King now has King Masks available BK has allegedly approached the blog in the form of emails from citizens who “heard” about the masks and were wondering if Slate.com knew about them.

In another case Microsoft (makers of the Xbox 360) allegedly sent “tips” to Engadget.com that demos of upcoming games will soon be available for play at kiosks in Wal Mart stores. These “tips” arrived disguised (poorly with identical IP addresses) as information gleaned from Wal mart store employees and customers.

Check the links for samples of the covert marketing ploys.

I am going back and forth on how I feel about this. Is it dishonest? I suppose it is. Is it illegal? I don’t know. Is it effective? Well both of the blogs in my examples wrote stories about it. Granted the articles were pointing out the companies’ deception, but the damage/promotion is still done.

I have to say I don’t blame the companies. They are essentially playing ball. “Hacking” into the systems that report what’s hot and implanting their message. At the same time I understand the geeks getting pissed at the intrusion. The same way NYC rock bands got pissed when big business got hip to postering and stickers. But that is the way of things. The struggle to remain one step ahead keeps people sharp in my opinion. What do you think?
Posted by Dave Himself at 2:18 AM 3 comments: