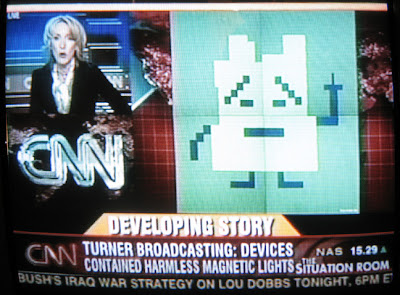 Ha! Look at that. Now that is effective marketing! Way too effective perhaps. Adult Swim of Cartoon Network scared the crap out of Boston today. Some simple "Light Brite style" boards were scattered around half a dozen cities to promote Aqua Teen Hunger Force (more likley their upcoming movie.) The boards laid undisturbed in Boston for 3 weeks and then suddenly the calls started coming in. My guess is either someone decided to help "blow up" the campaign. Or someone who didn't like the campaign was hoping to make trouble for the company responsible. The story is here at The Bostonist

UPDATE: Innocent victims of uneccesary bomb scare lose all of my respect by portraying themselves as complete asses at press confrence. See it here.
Posted by Dave Himself at 5:33 PM 7 comments: 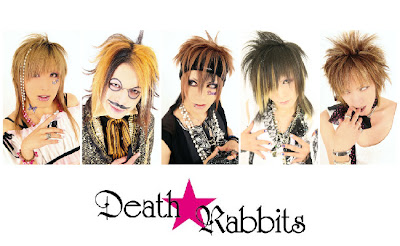 I could not help but go for the evil bunny trifecta today. With that in mind I present to you Japanese musical mad-scientists...

If you dare sample a track I recommend Kichiku Hitsugi Etsuhari COMPLEX. It is awesome... or horrible... I am not sure. We can only hope that they are sponsored by a army of hair care companies. This concludes my pointless Death Rabbit series. Good night and good humor.
Posted by Dave Himself at 3:00 PM 2 comments:


Witness the lapin carnage that is ODE TO JOY!!!!!!

Brought to you by Project K

Posted by Dave Himself at 3:09 PM No comments:


Frisky Dingo is the best thing from Adult Swim (Cartoon Network) since Venture Brothers. All 13 episodes are available on iTunes. Two bucks each or buy the season for 14.99.

Direct iTunes Link
Posted by Dave Himself at 11:48 PM 2 comments:

Be All That You Can Be 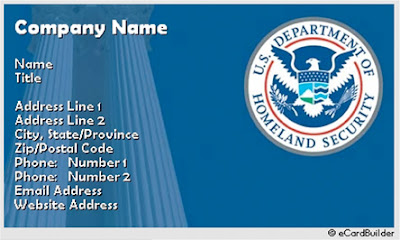 I am a graphic designer so I can print up a believable business card for any purpose nearly as fast as Jim Rockford. And yet I have never had a good reason to do so, but if you are shadier than me and find yourself needing to come across as an official in the fields of... Corrections, Highway Patrol, Homeland Security, Police, Security Private, or Sheriff. This site seems ready to oblige.

Am I going to order any? Hell no! I am probably already looking at an unsettling visit from guys with actual business cards just for posting this story.

Posted by Dave Himself at 5:56 PM No comments: 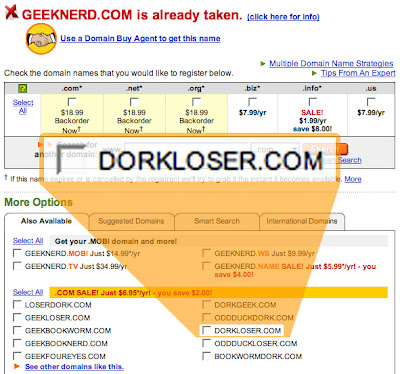 I was under the impression that geeks and nerds were really hitting their stride in the public eye. Terms like “Geek-Chic,” celebrities like Jack Black and Demetri Martin all had me thinking we were getting some respect. Then I get a slap in the face from GoDaddy.com. In a place where a geek should feel safe and in his element (a domain registry website) I was brutally attacked.

GoDaddy.com (as well as other companies) makes suggestions when the URL you are trying to snag is already taken. You try HobbitFans.com and they reply “HobbitFans.com is already taken. How about HobbitHome.com or HobbitSite.com?. It’s a helpful feature I suppose, but when you search GeekNerd.com and get DorkLoser.com as a suggested alternate well that’s just hurtful. >sniff<

Posted by Dave Himself at 2:50 PM No comments: 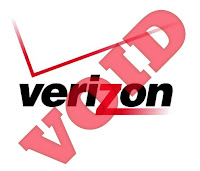 Let’s say you find yourself trying to get out of your Verizon contract. Why? I don’t know. Let’s say you want to switch to a cooler phone that doesn’t work on their network. What phone? I don’t Know. Let’s say the Apple iPhone ... Which in fact only works on Cingular (soon to be called AT&T.)

If you break your contract early they will cry like infants, but more importantly they will fine you big bucks. But you knew that. What you may not have known is that if they change your service cost, in any way, it constitutes a breach on their end and you are no longer legally bound to them. That is why they will hate me for showing you THIS. .

It is a quiet little announcement that they are raising the cost of text messaging by a nickel. Not a big increase, but enough for you to break-up with them guilt (and cost) free. The folks at digg.com (where I discovered this) recommend that you really stick to your guns when using this loophole... Verizon will fight you on it.

UPDATE: From The Consumerist
Posted by Dave Himself at 3:50 PM No comments:


Above is my favorite Robot to date. The Big Dog from Boston Dynamics The reason I am so excited about this particular robot is that it isn’t being remotely operated or following a pre-determined script of moves like some kind of over thought Big Trak.This robot is dealing with life on the fly... To the point that when its handlers cruelly try to kick it over its response is eerily lifelike.
Posted by Dave Himself at 9:14 PM 2 comments: 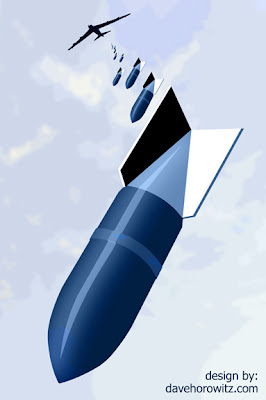 I am currently reading Slaughterhouse - Five. Maybe the best stocking stuffer I have received. The book is about a guy named Billy Pilgram who has become dissjointed in time and does not experience time linearly as we do. At some point Billy watches a WWII film on the TV in reverse... From end to beginning with this simple yet wonderful description. I had to share it.

When the bombers got back to their base, the steel cylinders were taken from the racks and shipped back to the United States of America, where factories were operating night and day, dismantling the cylinders, separating the dangerous contents into minerals. Touchingly, it was mainly women who did this work. The minerals were then shipped to specialists in remote areas. It was their business to put them into the ground, to hide them cleverly, so they would never hurt anybody ever again.
Posted by Dave Himself at 5:41 PM 2 comments: