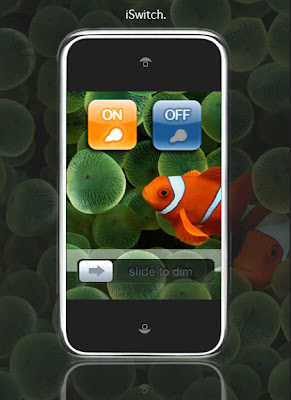 It looks like one of the things I adore about Apple products has come back to bite me in the arse. Simplicity of design. The iPhone is the epitome of simplicity. Turn it off and you’ve got an onyx slab with a chrome rim. This simplicity of design has made it possible for every Tom, Dick and Harry (with Photoshop, "The Gimp" or MS Paint) to be able to do a “mock-up” of an Apple product with little to no effort. With that in mind I have done a “Mac-Up” of the iSwitch.
Posted by Dave Himself at 9:20 PM 1 comment: 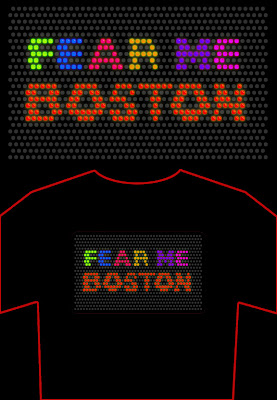 Boston is at it again. An MIT student wearing a home made LED T-Shirt (NOT pictured above. thats just my take) has been arrested at gunpoint and faces "bomb hoax" charges.
It is however unfair to be exclusively angry with the city of Boston. In Google News countless headlines proclaim things like "Woman arrested at Logan Airport with fake bomb strapped to chest." Here is a link to a much more accurate headline "MIT Sophomore Arrested at Logan For Wearing LED Device."
Posted by Dave Himself at 5:22 PM No comments:

Digg On The Word 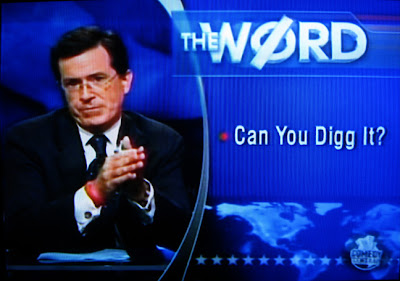 If I haven't already mentioned it. Digg.com is site I use to find many of the precious nuggets of whale vomit the Internet has to offer. Tonight Digg.com was given the distinction of being mentioned on the left sided, left side of "The Word" on the Colbert Report. Sure it was used to call out the users of Digg.com as lazy, armchair activists, but we aint proud. \o/ digg.com \o/
Posted by Dave Himself at 2:10 AM No comments:

Is Amex Protected From Unexpected Problems. or Bashing The Tina Fey Amex Ad. or Get A Job Dave You're Scaring Us.

Tina Fey AmEx commercial
Uploaded by nycspitters
Did you ever see an ad on television and it just doesn't get its message across. Maybe I just watch too much TV... No, I definitely watch too much TV, but these problems in ads always catch my attention. Sometimes an important line is hard to understand or the message is lost in bad editing, but most times I see the ad again a few days later and its been repaired and I think “nice, they noticed it too.”

Well, Amex’s new Tina Fey ad is chock full of these errors and yet it keeps running as is. I am amazed at how faulty this ad is and just had to run through the list of what needs to be fixed.
Yes, this is all nitpicking, but I love Amex. (I will love them even more when they get me back 200 bucks back for my iPhone purchase) I expect more from them. I also love Tina Fey. She deserves better. Amex's Ellen Degeneres ad was flawless and even won an Emmy. Pull it together guys. This kind of shoddy work makes me think you may be slipping.
Posted by Dave Himself at 6:43 PM No comments: 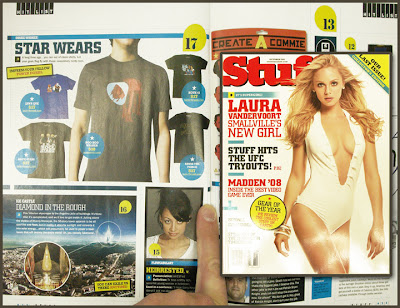 “A long time ago... You ran out of clean shirts. Let your geek flag fly with these awesome nerdy tees.”

That’s the headline? Really? “A long time ago... You ran out of clean shirts?” No wonder this is their last issue.
According to the right-hand corner of the October issue of STUFF Magazine they are calling it quits... But not before FEATURING my At-At Boo Boo (or as its legally called Boo Boo Walker) smack dab in the middle of their STAR WEARS piece. Sweet action! (Sweet Action, now that was a mag. Where the hell did they go?)

The Star Wars based Boo Boo Walker t-shirt is available in the form of tees, and hoodies at Go Ape Shirts.
Posted by Dave Himself at 2:48 PM No comments: